As he prepares for the April 20th release of Haunted Gardens, Seattle-bred Sadistik liberates the official visual treatment for the album’s first single, “Eden.” Like Virginia Woolf’s To the Lighthouse – which viewers see being carried by the young lady featured in the video – “Eden” takes a little while to settle into, but it rather quickly becomes wondrously engaging on all levels.

With his noticeably intricate cadence, Sadistik fills the landscape of “Eden” with a dense delivery of prose. Despite the poetically layered content, “Eden” not once feels overwhelming. While it certainly takes more than one listen to fully digest, Sadistik steps up with a simultaneously impassioned and composed delivery, which couples with his pristine articulation to capture the full attention of the listener without weighing them down with unnecessary wordplay. “Eden” is depth and substance in the most engaging of ways, resulting in a record that will provoke deep reflection while leaving you feeling grounded – it’s really on some head in space, feet on Earth type of vibe.

Littered with thematic references to death and despair, there’s an ambiguity present throughout “Eden” that leaves a lot of room for personal interpretation. The Haunted Gardens single feels like a personal story of loss – physical loss, loss of love – plucked from the pages of Sadistik’s diary and shared with the world.

“Eden” features production that comes courtesy of Vague003, who laces the song with a complimentary sonic backdrop. There’s an urgency to the instrumentation, yet it remains subdued and melancholy in its own right. Throughout “Eden”, the production rises and falls with divine timing, knowing exactly when to move closer to the foreground or sink into the background.

Directed by Timslew, “Eden” remains rather simple in its visual treatment, so as not to detract attention too much from Sadistik’s poetry and flow. Serving its purpose in adding to the complete package of the song, the video helps to tell the story of “Eden” – it’s aesthetically pleasing, reflective, sorrowful and a bit enigmatic, without calling upon an abundance of flashy bells or whistles. 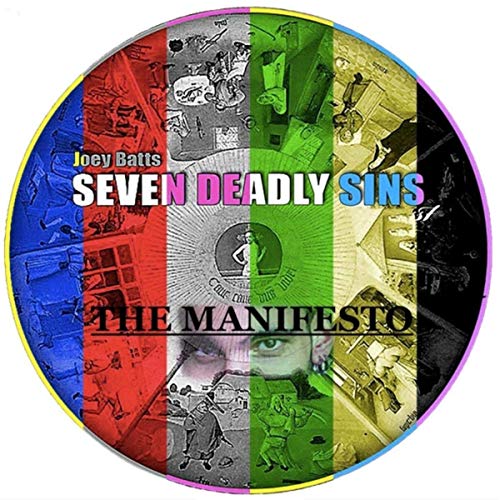