It’s been about two weeks since OnCue liberated his creative genius in the form of “Woozy.” And, man, I’ve sat down and started writing about this one more times than I like to admit. But I always stop and send whatever words I’ve composed straight to the trash bin. As someone who has been listening to Cuey for the better part of the last decade, “Woozy” really struck a chord – the viewing and listening experience transcended the mere audio/visual aspects and left me in a reflective state that, quite honestly, felt otherworldly.

I’ve touched on this in previous posts, but OnCue’s music has served as a sonic backdrop to a lot of pivotal moments in my life. From the highs to the lows, there’s been a Cuey joint looped in the soundtrack to my life. When I knew my days of hitting the bottle were coming to a conclusion, amidst wild and toxic lust-fueled relationships that followed my first truly broken heart, “Way Too Far” was playing endlessly – both from the speakers and in my head. And then Angry Young Man came out, hitting me with some truths that seemed to capture the exact emotions I was experiencing on the daily. I was lost and confused, freshly sober and moving through life aimlessly despite the burning flames of my dreams and goals. That album helped me find my focus and gave me life at a time I was approaching my lowest. Fast forward a handful of years, and I’m still here – lost, confused but, man, I’m happy.

Pardon my little dip into the personal shit. I promise, it serves a purpose. ‘Cause, you see, OnCue is still here, too. And he’s got fans who have been around for the whole ride and fans who are just catching on. He also has people who have been shitting on the whole journey. But Geoff Sarubbi, through the never ending waves of highs and lows, is still here – creating, hitting his stride, and pushing the boundaries of his own personal artistry. He hasn’t fallen into a lane and stayed there. Quite the contrary, he’s paved his own road, took a random left, started breaking new ground and decided to move in a different direction. All the while, he’s stayed true to himself – he hasn’t sacrificed his authenticity in order to fit the mold of what’s hot. As a result, for better or worse, OnCue still doesn’t receive the recognition many people – myself very much so included – feel he has earned. See, it’s not about “deserves” – that’s a tricky word to throw around. At the end of the day, OnCue has earned with his blood, sweat, tears and the musical manifestations of all of that, so much more than he’s gotten.

Over the course of his public career, countless artists have surpassed him as far as numbers go. We’ve seen stars born, stars fade and, every now and then, we’ve seen stars plant their flag and shine on into the musical history books. Without question, not every artist who has popped up since OnCue started out has been a bust. But, that being said, think about how many “up next” artists have arrived, become trendy and then disappeared into the darkness of forgotten music. See, it’s really fucking easy to figure out what’s hot and feed into it. As the “Woozy” visual so majestically demonstrates, we’re living in the age of memes, hot takes and flash in the pan stardom. How many people, in the last year or two alone, have we seen become superstars overnight? And how many of them will be around, experiencing the same or similar glory, ten years from now?

But OnCue is still here.

And that warms my heart so fucking much. So please forgive me for taking such a personal stance on “Woozy.”

Again, the Hunter Lyon-directed music video is a smorgasbord of trends – all the shit that has caught the public spotlight and, before long, faded away, making room for whatever the next hot topic was. This shit does not last because it lacks something beyond important – authenticity. The idea “real recognize real” runs deep; far deeper than most people give it credit for. Say what you want about OnCue, but the CT-bred and LA-based artist has never been anything less than authentic. Which is why we, as listeners and viewers, have experienced so many different stages of the man behind the music. He has allowed all those who care to press play to witness his emergence, his ascent, his fall, his destruction and his rebirth. And everything in between. We’ve seen him in his glory and in his shadows. Last year, we were hit with Cuey 2.0 and “Woozy” serves as a middle finger flipping, ball grabbing anthem of reflection, celebration and continued growth.

The video is like a 2.0 version of “No Way” – which was a wild ride to go watch again for the first time in a minute because it really shines a spotlight on how much has changed over the course of the last four years. Overflowing with Easter eggs, the “Woozy” video is best watched on an upright smartphone, with the visual playing on a full screen. You’re bound to lose sight of what app you actually have open and probably finger smash the screen to unsuccessfully remove a few pop ups. It’s fucking genius. And it’s a true viewing experience. Having spent three months working on the creation of “Woozy,” one has to believe OnCue and his team are proud of the final product.

Sonically, “Woozy” is a highlight reel of OnCue’s unmatched versatility as an artist. It’s like a fidelity of all his energies, styles and versions – a musical manifestation of energetic and stylistic love making and fucking. He really does make bops and, as he unabashedly points out, “Woozy” is a bop. But that doesn’t mean it isn’t full of powerful insight from a human being who has lasted the test of time while watching countless peers and clout chasers come and go. Indeed, he’s witnessed his own sound jacked by artists who rose to stardom, but he’s been able to stay one step ahead of the game, coming through with new sounds, new styles and new energy. Like he states in “Woozy,” when it comes to sounds, he’s “got a million of ’em.”

Let’s take a quick look at some of the notable references in Cuey’s prose:

Despite the longevity of his career, OnCue is still not super recognizable. That’s not to say people don’t recognize him. But he’s aware of the fact his face isn’t one known in every household across the land. And he’s OK with it – he can laugh at it, flip it into a slick bar, and continue on his own way.

Never been a role model…

To say the least. Well, at least on the surface – mostly because of his raw, real and authentic display of self. But one could easily look deeper than the surface to realize Cuey is a role model. You’re clowning yourself if you don’t recognize the radiant inspiration that OnCue leaves his listeners feeling. ‘Cause he doesn’t quit or fold or give in to the trends. He holds himself accountable for the blessings and the flaws. And he puts in the work to make his dreams a reality. I work with kids every day, man. And they need to see someone like Cuey to get a pure understanding of what real success – not overnight, here in the moment but gone tomorrow – is, and what it takes.

It didn’t happen in a year, they were laughing…

In our fast food culture, where we want what we want and we want it now, it’s hard to understand one who moves with patience – not complacency – and a vision beyond quick riches. How many people you think have counted OnCue out over the last decade? How many people have whispered under their breath or sent hot takes over Twitter because he wasn’t “famous” yet? And regardless of all the comments or shade thrown his way, he’s still here. You see a trend?

Never got my props, that ain’t stop me…

Remember when Soulja Boy popped back up and all the influencers said he was having the greatest comeback of the year? Well, Cuey remembers. Now, ask yourself, where the fuck has Soulja Boy been at in more recent memory? And where’s OnCue?

“Woozy” is available now on all your favorite streaming platforms.

Experience the visual below. 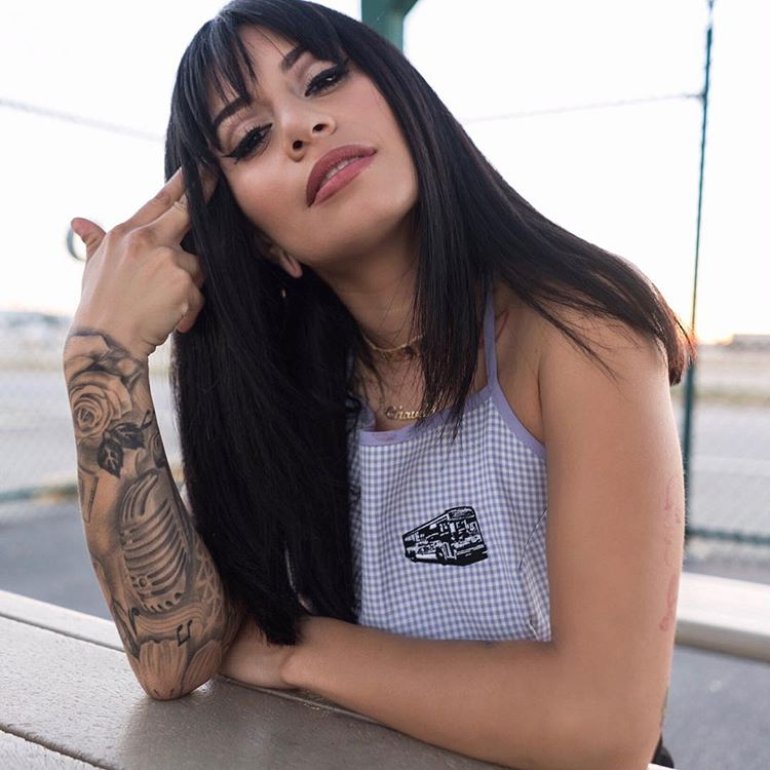 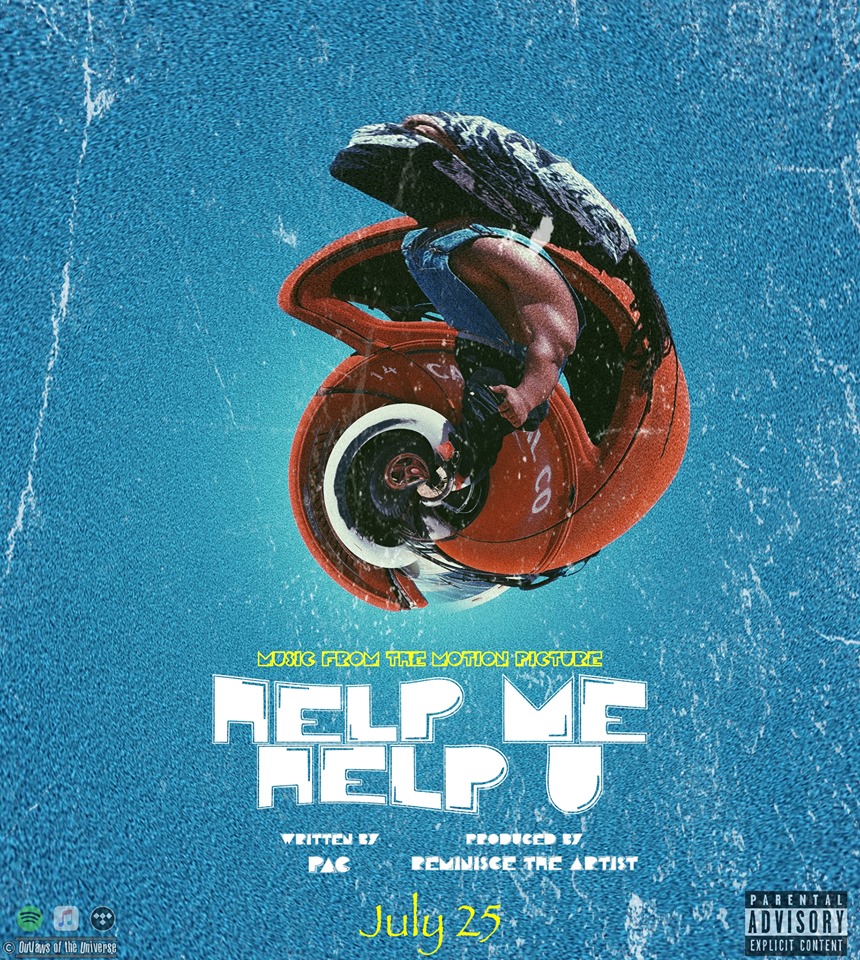