We all have those select artists that have done more than entertain us with their music. While we may enjoy the catalogue they’ve released, their art has found a way to touch our souls and, in some cases, shape and/or save our lives. For me, OnCue is one of only a handful of artists that have really played this role in my own life.

I’ll never forget the first time I heard OnCue. Having just finished up my sophomore year of college, I was still an infant in my musical discovery – being away at school had opened the doors on this beautifully vast musical space known as the underground. And I very quickly found myself falling deeper down the rabbit hole, spending countless hours checking out whatever hip-hop I could find that was different from what I’d hear in the dreaded “mainstream”. While I no longer dread what’s considered “mainstream”, I fondly recall stumbling across the timeless sonic clash that was Cueyfornication.

In ways that I wasn’t used to, I felt an artist’s lyrics resonating and vibrating within my mental and emotional spaces. And the lyrical content was backed by the sounds of the Red Hot Chili Peppers. From that moment on, I was hooked on whatever new music OnCue released.

Fast forward to the release of Angry Young Man, an album that truly fell into my life with the most divine timing. While I’ve been a fan of every drop from Cuey, AYM has continued to be an album I’ve turned to whenever I needed to gain some perspective and find the inner strength to push forward on my own journey. The album dropped just as I was getting out of a serious relationship, as my career path was changing unexpectedly and as I began taking the steps to quit drinking.

In so many ways, AYM became – and has remained – a vital soundtrack to my life. As I began this piece, it hit me the project was released four years ago. And I can’t think of any project from any artist that has continuously received the level of playback over such an extensive period of time that Angry Young Man has.

So, perhaps needless to say now that I’ve gotten my personal story of connection to OnCue’s music out of the way, when I saw new music from Cuey show up on the timeline, I was beyond thrilled.

The CT-raised and NY-based OnCue has made it a habit of coming and going over the years, popping up with stellar sounds and then disappearing from the public’s eyes. Possibly for this reason, I’ve found his music tends to be slept on. In both 2016 (You Knew All Along) and 2017 (Perfectly Tragically Flawed), OnCue released projects that – in my admittedly biased opinion – belonged on various EotY lists. Especially PTF.

In recent times, I’ve seen some slander directed at OnCue – people claiming the abundance of “sing rap” on his tracks is an attempt to ride that wave. The thing is, dude was cooking up beautifully balanced hip-hop crooning before that was the wave. In that sense, OnCue may very well have been ahead of his time. And beyond the music, dude was certainly ahead of his time with the use of the Internet to spread his sounds. Although I’m not a betting man, I would put money on the presumption that quite a few of your favorite artists were taking notes from OnCue at one point or another.

Anyway, before I get too off track preaching my views on OnCue, let’s get down to business.

“Side Effects” marks OnCue’s long awaited and highly anticipated return. And, baby, what a return it is as Cuey grabs some production from frequent collaborator Mike Kuz and proceeds to get reflective and paint pictures of the present moment all at once.

As if he’s allowing listeners direct access to his diary, OnCue let’s us inside the journey that was and the journey that still is, rising above all the trials and tribulations with an uplifting, self-aware energy present in his delivery and vibe throughout the new record. From the cadence, flow and hook to the instrumentation, “Side Effects” leaves his audience feeling confident in regards to what’s to come, despite any perceived setbacks along the way thus far.

Don’t call it a comeback but OnCue back like he never left.

“Side Effects” is available now on all major streaming platforms, Apple Music or Spotify. Hit play below. 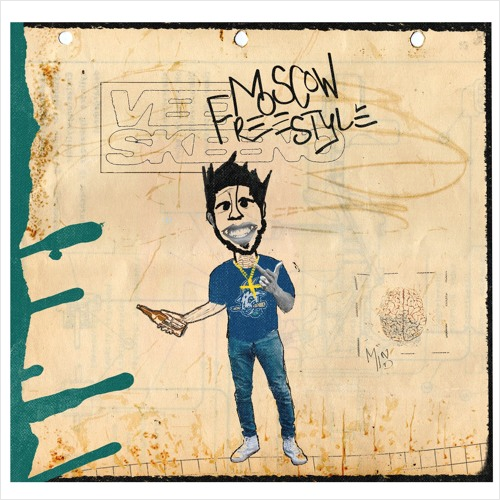