I was first introduced to Joey Batts a handful of years ago and I enjoyed his music – clearly the dude knew how to string words together and cook up some entertaining tunes. At the time, however, Batts was running heavy with the now defunct Joey Batts & Them, an ensemble that featured a live band backing Joey’s lyrics.

The band always presented a fun live show but the music was predominately tailored for a more family friendly, light hearted experience. Having gotten to know Batts more personally during the post-& Them era, I can reflect on that music and, while appreciating it for what it was, recognize it was never fully allowing Batts to embrace the full version of who he is. And, as a result, the music lacked the authentic rawness that has so clearly surfaced over the last couple of years.

When Batts called upon the top-shelf talent that came together to form UZOO in the winter of 2015/2016, it felt like – from this blogger’s perspective – that a transformation was taking place in regards to the attitude and demeanor Joey carried himself with, which in turn surfaced in the verses he began to bring forth. There was less concern with being “socially correct” and more focus was placed on Joey being Joey, in the most raw, authentic and real way he possibly could.

I’ll never forget when I heard UZOO’s “Breakfast” joint for the first time. Batts dropped one line in his verse that captures exactly the vibe that had moved from Joey’s backstage self to the front stage self now on full public display:

spent so much time writing rhymes that won’t offend you /

now it’s fuck you, I’ll fuck your girl and I will end you

And don’t get me wrong, Batts had released plenty of solo music outside of his work with Joey Batts & Them. But even that music didn’t capture the true essence of Joey in the same way his verses were beginning to, although his 2015 project, Gluttony, was showing signs of this change in attitude.

Now, fast forward through UZOO to today, and Joey Batts is back with “Chris Farley”, a track that in many ways feels like it’s picking up where “Fodder & Fuel” left off but with a couple years of personal growth and development factored in.

Starting off with a sample of Chris Farley in rare form, speaking on trying to be a “normal person” rather than constantly performing during interactions with people, the latest from Batts highlights exactly why Joey has been able to remain active in the CT hip-hop scene for 16 years despite some claims that the Gawd is washed.

Throughout the blckwndr-produced record, Batts capitalizes on his intelligence and ability to speak articulately to do what so many “old-heads” struggle to do – he speaks on the state of hip-hop without sounding like a grumpy old man who doesn’t understand the various evolutions and cultural changes taking place within the hip-hop landscape. And younger cats in the game would be well advised to listen to Joey, as his experience and what he’s accomplished make him just as much of a teacher in the scene as he is a teacher in the classroom.

What really stands out on “Chris Farley” is Joey’s use of simple rhymes to express and get across so much in-depth and layered content. I mean, this is some wild wordplay taking place with some rudimentary rhyme schemes. He isn’t trying to rapid fire his delivery to sound impressive nor is he using big words to masquerade as woke or conscious. Batts is keeping the entirety of the track simple in it’s presentation and, in doing so, he’s created a rather complex commentary on a variety of subject matter. Again, any aspiring artist would be well advised to take notes on how and what Joey is doing here.

“Chris Farley” ends with Joey shouting out the members of UZOO, as well as a few other CT-based artists. This isn’t just Batts throwing some attaboys at his friends, because there are friends who rap that were not mentioned here. Perhaps I’m digging too deep, but this ending sequence highlights the serious quality of talent that exists within CT that is too often overlooked due to the overwhelming abundance of people rapping who are merely gassed up by their friends so they think they’re nice with it. As someone once said, it may be time to trim that fat off the scene.

Visually, “Chris Farley” features a puppet rapping along as Jobo snacks on an apple and some pineapple. The silly video allows the powerful content to shine through while providing an entertaining and light hearted backdrop, one that captures viewers attention without taking away from the lyrical content.

Press play on “Chris Farley” below. 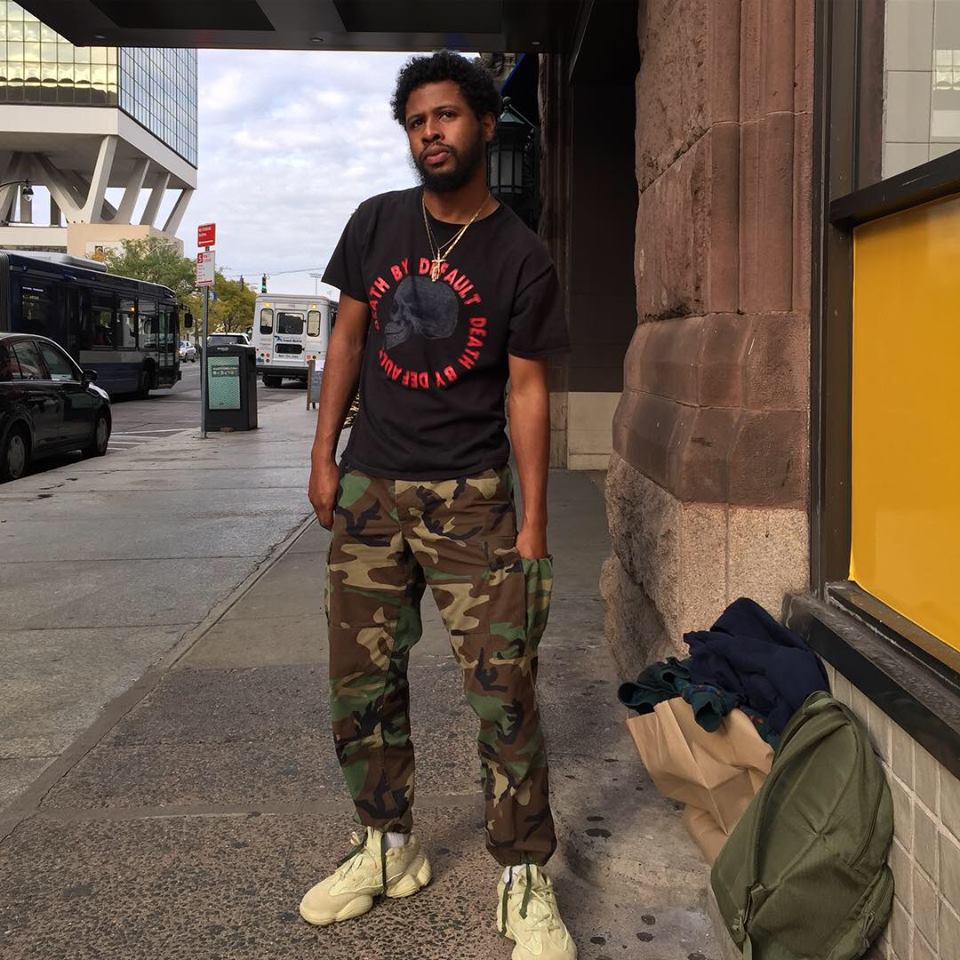