It takes something raw to see yourself on the precipice of “success,” with what may be your dreams close to becoming reality on the other side, and decide to step away from it all. To close once chapter and begin anew, placing your focus and energy into a completely different realm. While the story is still one that’s quite ambiguous, that’s exactly what Michael Kirby did nearly 5 years ago when he made the decision to leave BROCKHAMPTON and instead continue pursuing a career in education. Of course, this decision and the events surrounding it are blanketed in rumors and innuendo – when everyone involved has done a great job respecting individual privacy, it’s only natural for outsiders to create their own versions of the story. But regardless of what did or did not happen, Kirb redefined what “success” meant to him, stepping away from the public spotlight to influence and shape the future of the youth in his own right. Interestingly, the boy band and Kirby have both played major roles in influencing the youth, albeit in much different ways.

While Kirb’s decision may make people forever ask “why?,” you’d be hard-pressed to deny just how admirable and tenacious the move was. And you’d be playing yourself if you refused to recognize the blessing the decision has been for Michael Kirby. Like music, “success” is subjective – we all have our own definitions and what matters to one man may matter less or more to another. Over the years, I’ve found inspiration, joy and pride watching the journey of the artist formerly known as MiC Kirb as he grew from a boy to a man, basking in the beauty of his own life experiences along the way.

Despite this joy, there has always been a selfish part of me that wished we were hearing more from Kirby in regards to music. If you were a fan of his back in the AliveSinceForever days, you’ve always known he was a blessing on the mic (s/o that timeless verse on “Ghosts”). And, depending how early you caught on, you had the pleasure of watching his artistic growth as he ventured from MiC Kirb to Rodney Tenor. Fortunately, we’ve been gifted a handful of sporadic releases from Kirb over the years, each one exemplifying the continued growth and exploration of a talented artist and, more importantly, a good man.

But they’ve been sporadic. My guy would pop up, drop a record, then fade to black. I mean, good for him for having his priorities in line. Seriously. But that selfish part of me would always creep in on some, “please give us more.” Well selfish side, it would appear you’re finally getting your wish. More recently, Kirb has been putting new art out into the world and it’s been leaving listeners full. If you ever questioned whether or not Kirby still had that music in his heart, there’s not a trace of doubt the man knows his way around the soundscape of his choosing.

The Lion Inside You appears to mark the official return of Michael Kirby, who has stated the project is just the beginning. Woo! How can you not rejoice in this beautiful story? The man walked away from the spotlight, went on to get his Master’s degree and build a career teaching the youth, and now he’s still going to spend his time putting his heart into music? Like the opening track of the album makes clear, you can be anything.

The 10-track The Lion Inside You showcases the lyrical prowess of Kirb, who goes on to couple his pen game with top-shelf instrumentation. No matter what the vibe is, Kirby is able to cook up a wondrously engaging combination of word and sound. And The Lion Inside You takes listeners on a journey through vibes, with each track uncovering a specific feeling, playing around with different emotion-laden structures. The delivery of his prose comes in all forms on the album, with Kirb crooning better than your favorite R&B superstar while also reminding the audience he’s no stranger to kicking bars with the best of them. Ya’ll best remember, Michael Kirby didn’t leave BROCKHAMPTON because he couldn’t hang with their artistry! And The Lion Inside You is like a giant spotlight on that fact – dude may have his Master’s in education, but the music comes from somewhere inside.

From start to finish, The Lion Inside You is a picturesque examination of Michael Kirby. We get glimpses into all aspects of his being as he guides us through the album with beautifully composed storytelling. From confidently shooting his shot and unrequited love to accountability and intelligence, the album seems to have a little bit of everything. And, man, it just sounds good. Each track features the perfect tag-team of production and prose, highlighting the near mastery Kirb has of each element. Whether he’s gracing the record with the warmth of his smooth vocals or dropping a cold flow, there’s a confidence on display that comes from having lived a life that he’s proud of. You can be the most talented artist in the world but experience is the best teacher and The Lion Inside You basks in the glow of a life well lived.

Of course, Kirb’s life is only just beginning. Which makes The Lion Inside You all the sweeter.

The final track on the album includes the project’s lone feature, as Merlyn Wood joins Kirb on the remix to “Show You Off.” It’s the first taste of Kirb alongside a BROCKHAMPTON member in years. It would be easy to listen to these two trade verses and be left wondering what could have been. But the “Show You Off” remix, in my humble opinion, holds a much deeper value. Rather than “what could have been,” the record is a striking testament to what is. Circling back to an earlier point, Kirb made a decision years ago and he put his heart, energy and time into that decision. Regardless of what success BROCKHAMPTON has or hasn’t realized, Michael Kirby set his own standard for what success and happiness meant to him. And he did it, man. He really did it. And now? He’s still out here making music and working with his friends.

Don’t allow your life to be defined by what other people think is in your best interest. Listen to your heart. Find that balance between heart and head. There’s only one person, at the end of the day, who knows what’s truly best for you. We each have a passion that makes our hearts sing. We each have a purpose. Whatever yours is, go for it. And do it on your terms.

Daps, pounds and hats off to you, Michael Kirby. Thank you for the inspiration.

The Lion Inside You is available now on all your favorite streaming platforms.

Experience the music below. 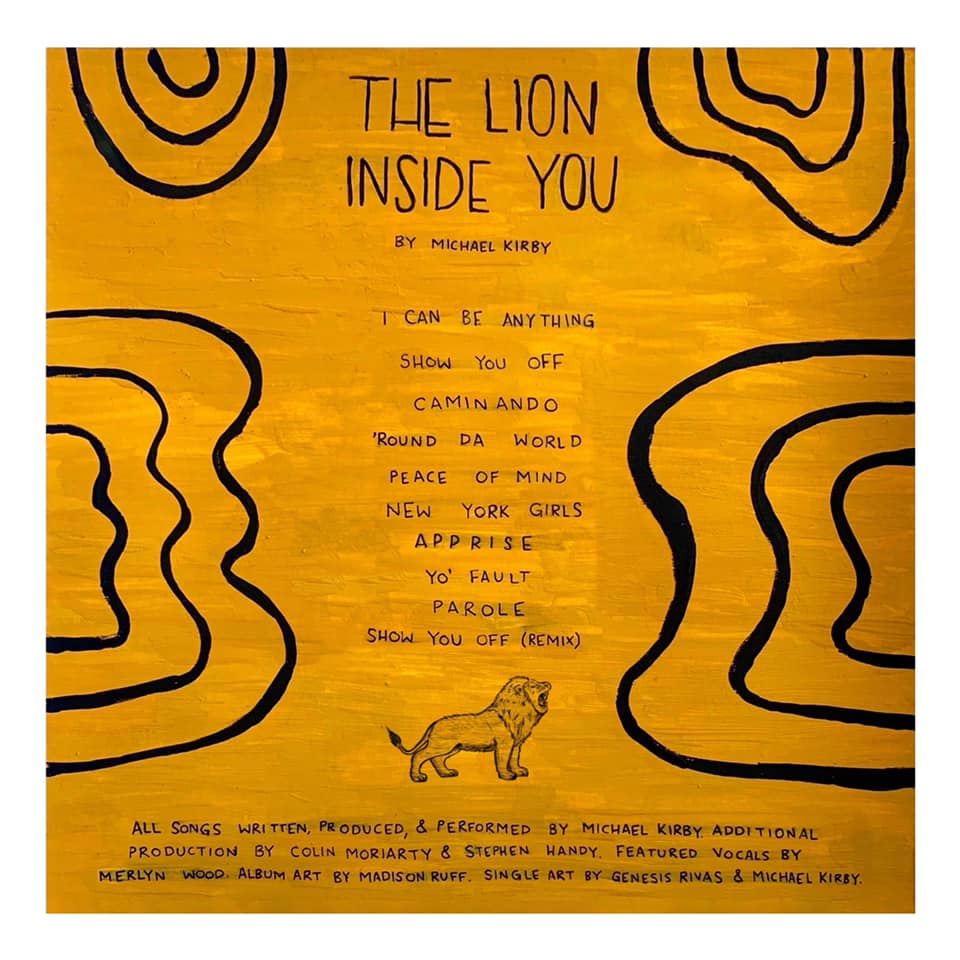 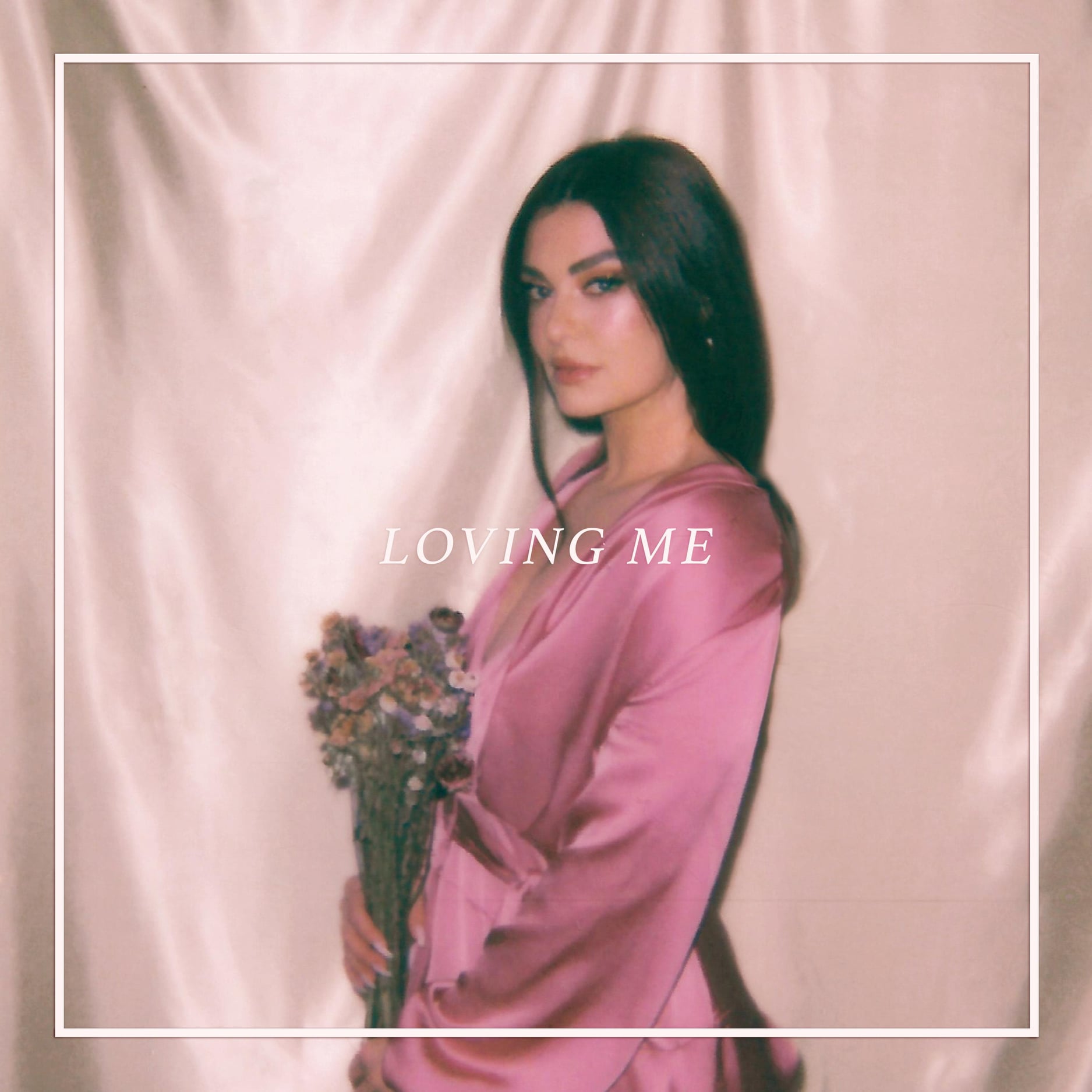 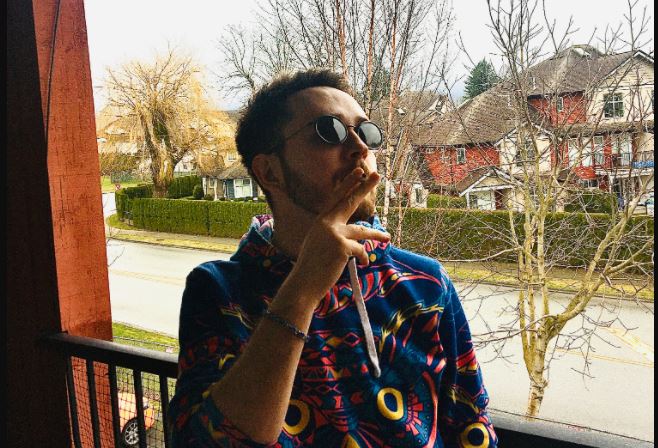 ‘Merlin and The Cursed Castle’ By Zenyth ...