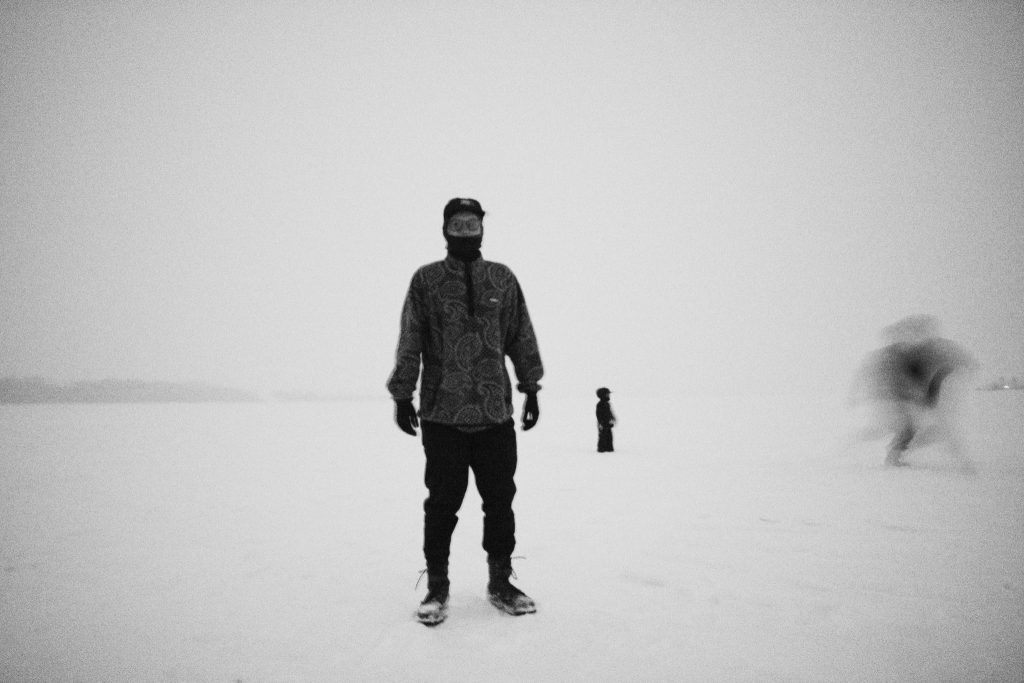 Obviously, the ongoing trials associated with COVID-19 have impacted your original plans for the roll-out of First Storm. Can you give us some insight into what your plans were and how you’ve had to work around the unexpected circumstances?

No doubt. I know it has been tough on everybody, but for me personally it has been less than ideal timing. I had to cancel my album release tours. I am hopeful we can reschedule though.

What’s the significance of the title?

The title First Storm came from a beat I made that has field recordings from my son’s first time witnessing a storm. It was a pretty crazy storm. I remember standing at the back door with him in the middle of the night and just watching the storm. I was working on a beat so I had the idea to record the sounds and add them in and titled it “First Storm.” The next day, I realized this was a working title for the album. Eventually I sent the track to Myka 9, who did such a dope vocal performance, really tying in the overall vibe and feeling of the album. All of the field recordings and vocal clips from this album have something similar tied into them. For example, the song “Four Fifteen” is my son’s heartbeat and first noises from the hospital the day he was born. 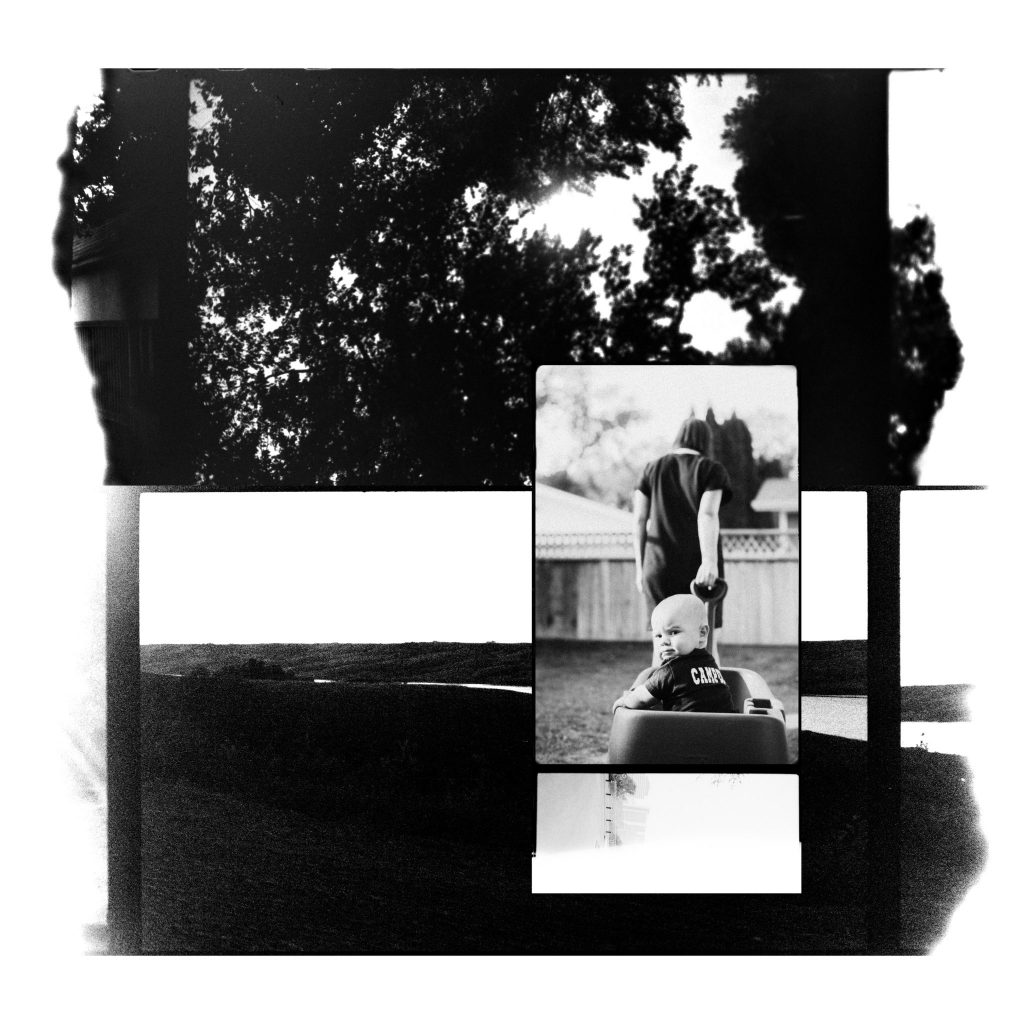 Having listened through the project, it feels like there is a range of emotion and energy coming to the surface on First Storm. What inspired or influenced you throughout the creation of the album?

It was a huge range of emotions after having such a major change in my life. I was feeling very inspired to make new music and see what would come from me creatively. This album came together by taking advantage of working on something new whenever someone was in town or I was on the road building ideas and meeting up with the homies. First Storm is a very collaborative record and I think working with people I’ve met on my travels and collaborated with for years really made the record sound genuine.

Do you have any tracks that you’re especially excited for the public to hear?

I can’t wait for people to hear the jam with Nomad called “Die Tonight.” We’ve collaborated before but I think this one just has a very special energy. And the horns Danny Levin played take it over the top.

How would you compare First Storm to your last project, Wisdom Teeth?

I’m really happy with the cohesive sound that came together for First Storm. I didn’t have a concept in mind when I started but it really came together organically. This record has a life of its own and a sound I’m not sure I could re-create. It was all about timing for this one.

What can fans expect from First Storm as far as features?

I’m fortunate to work with many talented artists who feature on this album. Onry Ozzborn predicted the future and his song is more relevant now than ever. Kay the Aquanaut is in the pocket with his hurricane flow. Dope KNife is on the dope storytelling vibe. Cadence Weapon and Mestizo bring some hits. I could go on and on!

What’s your creative process like – from the production to deciding who would fit in regards to vocals?

My favorite way to make music is to collaborate on the spot when I’m with the other artists. Many of the songs came together this way when we were in the zone and flushing out ideas. Once the ideas were developed and the songs were sequenced, I reached out to Danny Levin to play horns. We’ve worked on a few projects, including with Ceschi, Myka and Danny’s project. And he kept sending me these fire horns! I also worked with Levi from the Pxrtals, who built some great additions to the tracks. From there, I went to the Recording House Studios in Saksatoon where Josh Palmer finished it up with some additional instrumentation right before the final mix.

We’ve heard 4 tracks off the project so far. How as the reception been for those releases?

The response was great, I really appreciate all the love.

“Four Fifteen” features a pretty enigmatic visual experience. Are there plans for more music videos to accompany other records?

Yes! On Friday, April 17th, I’m releasing a new split video for “New View” and “Lawnchair.” I am really happy with the way the visuals came out and what Riley Deacon brought to life for these videos. We started working on the art direction early and chatted about the project from the beginning, so he was able to bring the vision to life.

Who would you like to work with that you haven’t had the opportunity to yet?

How did you initially link with Fake Four and Ceschi? How far back does that relationship go?

I’ve known Ces since 2007 or 2008. We met online but had a ton of mutual friends in the LA underground scene because that’s when AWOL One and I were working together a lot. I was a fan of his work and was working on my album Chandelier. I asked him to collab on a song and we created “Pray,” which came out on my album. That night, I sent him the whole album and he told me a bit about Fake Four and how he was starting a label. He heard the whole record and later that night phoned and said he wanted it to be the second release on the label. 12 years later and we are making the best music of our lives and remain the tightest of homies.

Not long ago, Fake four shared their livestream festival. Do you have any takeaway thoughts from that experience?

I gotta figure out my sound for this livestream world. The event was cool though! I think everyone killed it and is learning how to exist in that world. 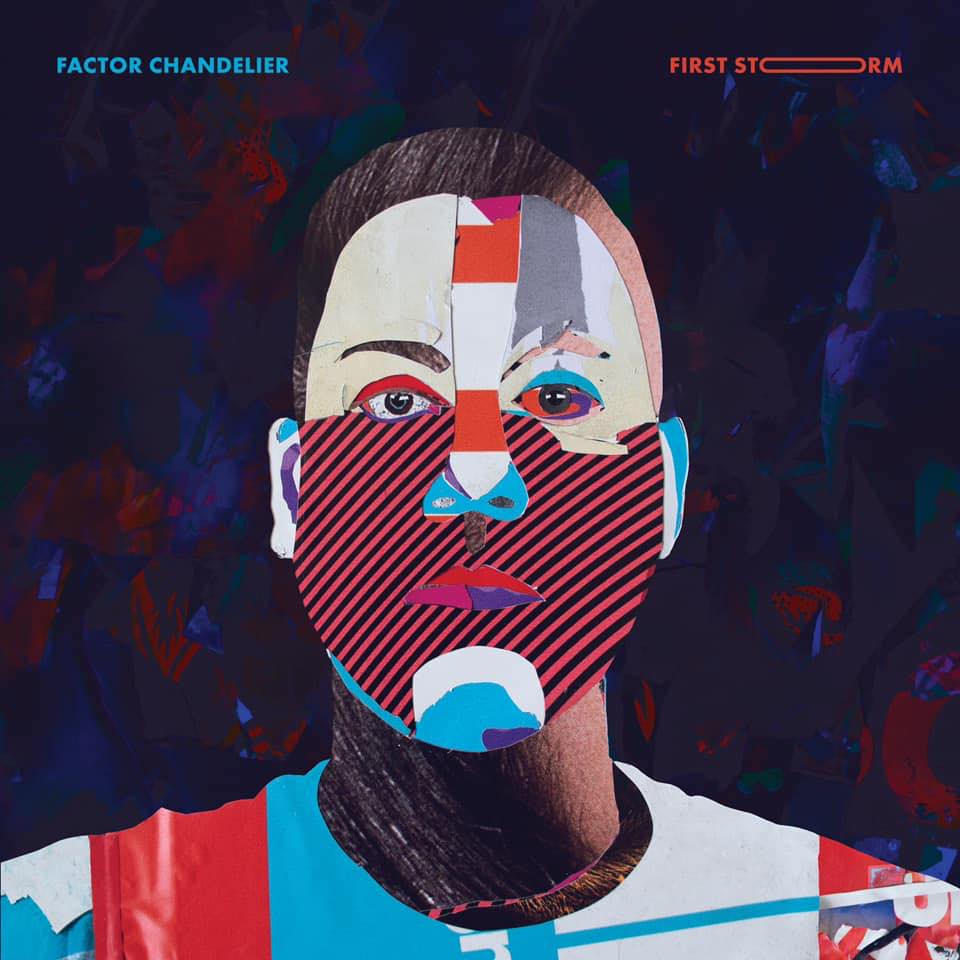 Who handled the artistic direction for the album cover and merch? It’s incredible!

The artistic direction was handled mainly by Riley Deacon – he did all the photos and videos for the project. The Chandelier shirt design was Andy McAlpine, who also did/is doing the Ceschi trilogy album art. Derek Weisberg is a New York artist who did the cover collage after we visited his studio on an off day from the Sad, Fat Luck tour. A few weeks after the visit, while we were still on tour, he sent me the collage image. Instantly when I saw it, I knew it had to be the cover. From there, my long time homie and collaborator, David, put it all together with the layout and design and made it pop.

Anything else you’d like to leave the Hxppy Thxxghts audience with?

Bump that First Storm – I know you got time now! 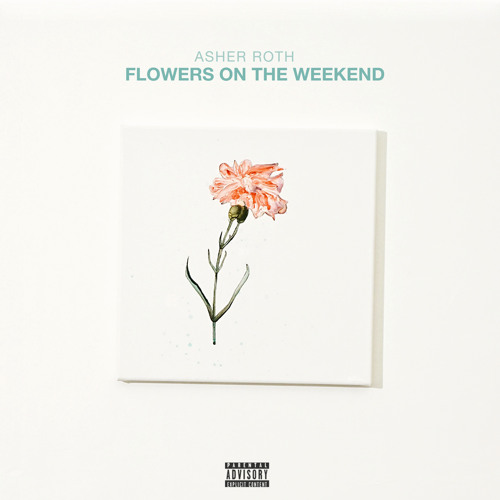 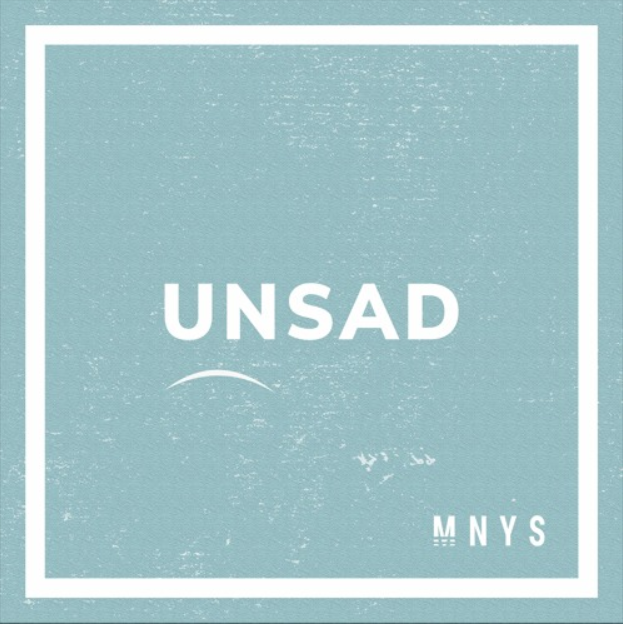