In 2013, before they had emerged from the constraints of the simulation, I had the opportunity to interview a few artists who were – at the time – proud members of an artistic collective that was beginning to gain a little bit of notoriety. With over 40 members, the collective was the epitome of DIY – creating completely in-house, despite being scattered all around the globe.

You know…because the internet.

In one of those interviews, Kevin Abstract spoke on bringing an audience into the world they were creating, stating:

“The thing is, I see [us] as a powerhouse within the next few years. The music we are making right now is important in all honesty. It just needs to reach people…people will connect once they really understand.”

Five years ago, there was a vision – beyond simply being famous artists – to create a multi-media conglomerate…One that would change the world through music, video, images and unmatched personality and energy.

A lot has changed since those interviews, from names and members to the sound and just about everything else in between, but the desire to break down any sort of societal or industry-planted limitations and create a unique experience through different forms of media has not. It has, however, exceeded what anyone could have imagined…including, perhaps, Abstract and the rest of BROCKHAMPTON.

Today, BROCKHAMPTON scoffs at the label “collective” – they are a boy-band. America’s The world’s best boy-band, actually. If you’ve been following the BH family at all in recent times, you are already well aware of this. The 14 members have been impressing listeners with not only the quality of their music but also the quantity, finding a pristine ability to create and release top-shelf music and videos, while touring the globe. Their latest album, iridescence, is their 4th album in just over a year, following the Saturation trilogy.

iridescence marks the first album released under RCA Records, the label BROCKHAMPTON inked a deal with earlier this year. Unsurprisingly, the project stands out as BH’s most complete and well-rounded collection of music to-date. Featuring vocals and production from the various members – Abstract, Dom McLennon, Matt Champion, Merlyn Wood, Joba, Romil, Bearface, Jabari Manwa, and Kiko Merley – the entirety of the album is a passionate, abrasive and thought-provoking sonic experience.

But a lot of musical releases stand out on their sonic foundation, especially considering the abundant drops that have taken place in 2018. So, what makes BROCKHAMPTON’s iridescence rise above the other albums that have littered streaming services throughout recent months?

With BROCKHAMPTON, listeners are on the receiving end of 14 different perspectives. They may move as a collective, but we get to witness 14 unique streams of consciousness simultaneously. While only a handful of them provide vocals, one must take into account the overall artistic direction of BH’s content – from the lyrics and production to the video editing, stage design and photography. You would be missing a major aspect of their art if you fail to recognize how pivotal Ashlan Grey’s photography, HK’s editing or Jon Nunes’ organization is.

As such, a straight, white male like myself is opened up to so many different worlds all at once. And those doors to different realities are opened in a way that welcomes me to their world – it’s abrasive and forceful but presented in a nurturing, “please listen and learn from us” type of way.

In actively listening to BROCKHAMPTON, one is able to find common ground with each member of the group while also being educated on a variety of lifestyles and socio-economic experiences they may have otherwise been foreign to. Beyond the captivating production and unique delivery, we’re hearing a band of misfits bare their hearts and souls for the world to hear. Just as 14 unique individuals were able to come together and create something as beautiful as this boy-band, we are able to learn something unique from each and every one of them.

And it helps that they accomplish this in such a well-blended and cohesive fashion. iridescence is all over the place sonically but it never feels cluttered or messy. All the puzzle pieces fit together, as each member builds upon the others. One of the aspects of this project that sort of caught me off guard is how at peace I felt listening to it – there is yelling, screaming, anger, frustration, sadness, confusion, and so much more all at once…and yet, I experience a serene calmness every time I hit play.

It seems like every day, we’re waking up to more “holy shit” moments from BROCKHAMPTON. It wasn’t that long ago they were debuting a video on MTV. Fast forward a bit and they’re on TRL and performing on Jimmy Fallon. Jaden Smith is at their Prom event. Videos emerge of them sharing a meal with Jamie Foxx, who praises their music. The actual Burger King is following and interacting with them on Twitter, after rocking the BH-inspired filter as an avi. Oh, and iridescence debuted at #1 on the Billboard 200.

As cool as all of these feats are, what makes them most noteworthy – and so inspirational – is not the events themselves. It’s the fact that BROCKHAMPTON has accomplished all of this by unapologetically being BROCKHAMPTON – they have worked, moved and created according to their own vision, rules and work ethic. Of course it’s cool to see the triumphs and moments manifest but the take away from it all is the uncompromising manner in which BROCKHAMPTON has maneuvered throughout their journey. More than do-it-yourself, BH represents a be yourself manifesto. And this is one of the major reasons they have appealed to their ever growing audience in the ways they have been able to.

Go after your dreams, chase what you’re after – but make sure you stay true to who you are while doing so. While I don’t know the full story, I believe it’s safe to presume BH had the opportunity to “sell out” to a label long before they inked a deal that allowed them to continue bringing forth content from a place of pure, uncompromised integrity. This, above and beyond any milestone or accomplishment, is what causes the inspirational aura to emanate from the world’s best boy-band.

All the success in the world doesn’t eliminate the very real struggles one faces in life – 2018 has been a textbook year in proving that. As an outsider, it’s easy to get caught up in the “cool” shit happening to BROCKHAMPTON and neglect to remember this is a group of 14 young men who are still very human. One of the highlights of iridescence is BH’s ability to keep the project grounded in reality…a very honest reality. Throughout the album, each member of BH vividly expresses what they deal with and what they are still dealing with, despite the recent increase in fame and finances. In doing so, the 15-track iridescence serves as an incredibly relatable collection of music, painting honest depictions of what does and does not come with fame.

After dedicating so many years of their young lives to their craft, art, dreams and goals, the Universe is beginning to align for these 14 individuals. And while nothing about BROCKHAMPTON is an overnight success, their recent successes appear to be happening very rapidly. iridescence does a phenomenal job bringing to light the fact that all their personal issues still exist – emotionally, mentally, physically and spiritually. If anything, the rise to stardom has highlighted and amplified many of their everyday struggles, pushing various aspects of their personal lives into the public spotlight. It’s a fine balance of achieving what you desire while sacrificing your personal space, privacy and overall well-being.

Sometimes, when writing about music, it’s hard to put aside my personal bias. With BROCKHAMPTON and iridescence, I don’t think that’s the case. This boy-band, this album, and the story that accompanies their journey and continues to unfold is magical in the most pure, beautiful way. It’s a testimony to being yourself, learning to love yourself, listening to your heart, and believing that anything is possible if you’re willing to put in the work and sacrifice for it. In an honest and moving fashion, BH shares bits and pieces of their story, reflecting on what was and attempting to make sense of what is and what’s to come.

As fans, as listeners, as critics – wherever you may fall on that spectrum – we’re witnessing and experiencing history in the making. Thankfully, just as Kevin Abstract said he wanted to do five years ago, BROCKHAMPTON is bringing us all into the world they’re creating.

BROCKHAMPTON’s iridescence is available now on all major streaming platforms, including Apple Music and Spotify. You can also purchase the digital download via their official website. 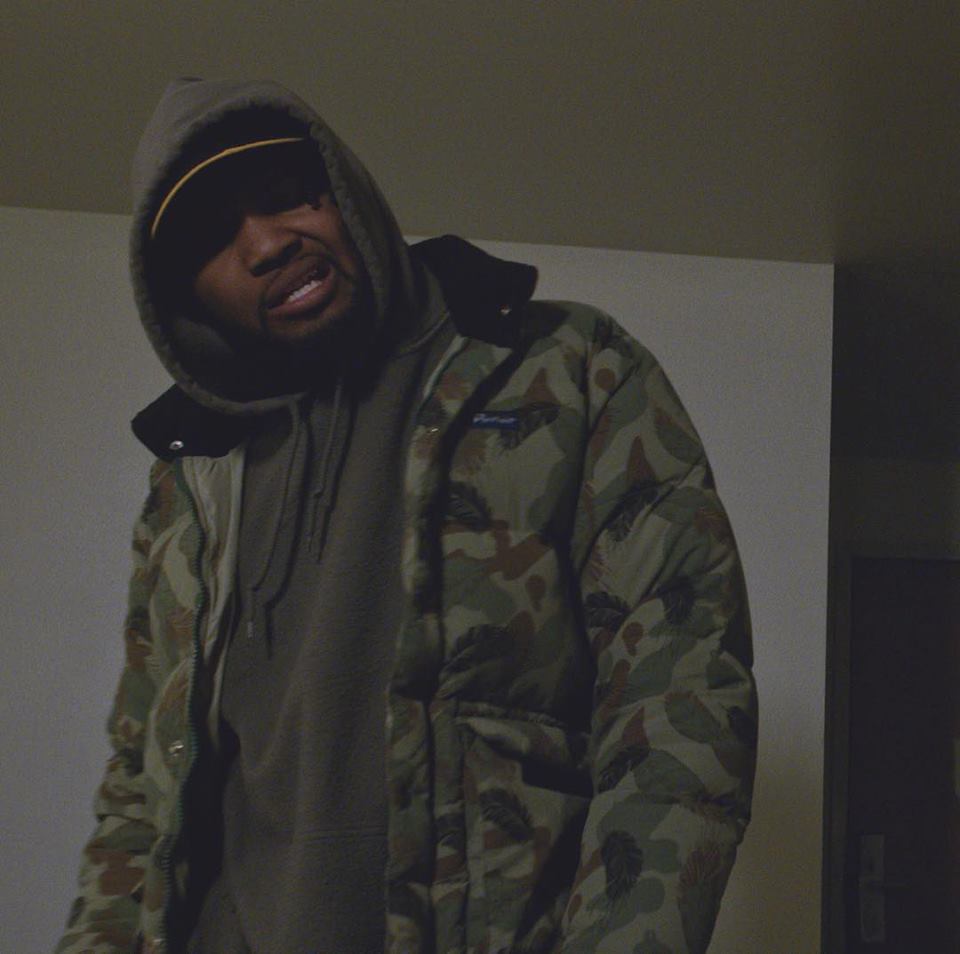 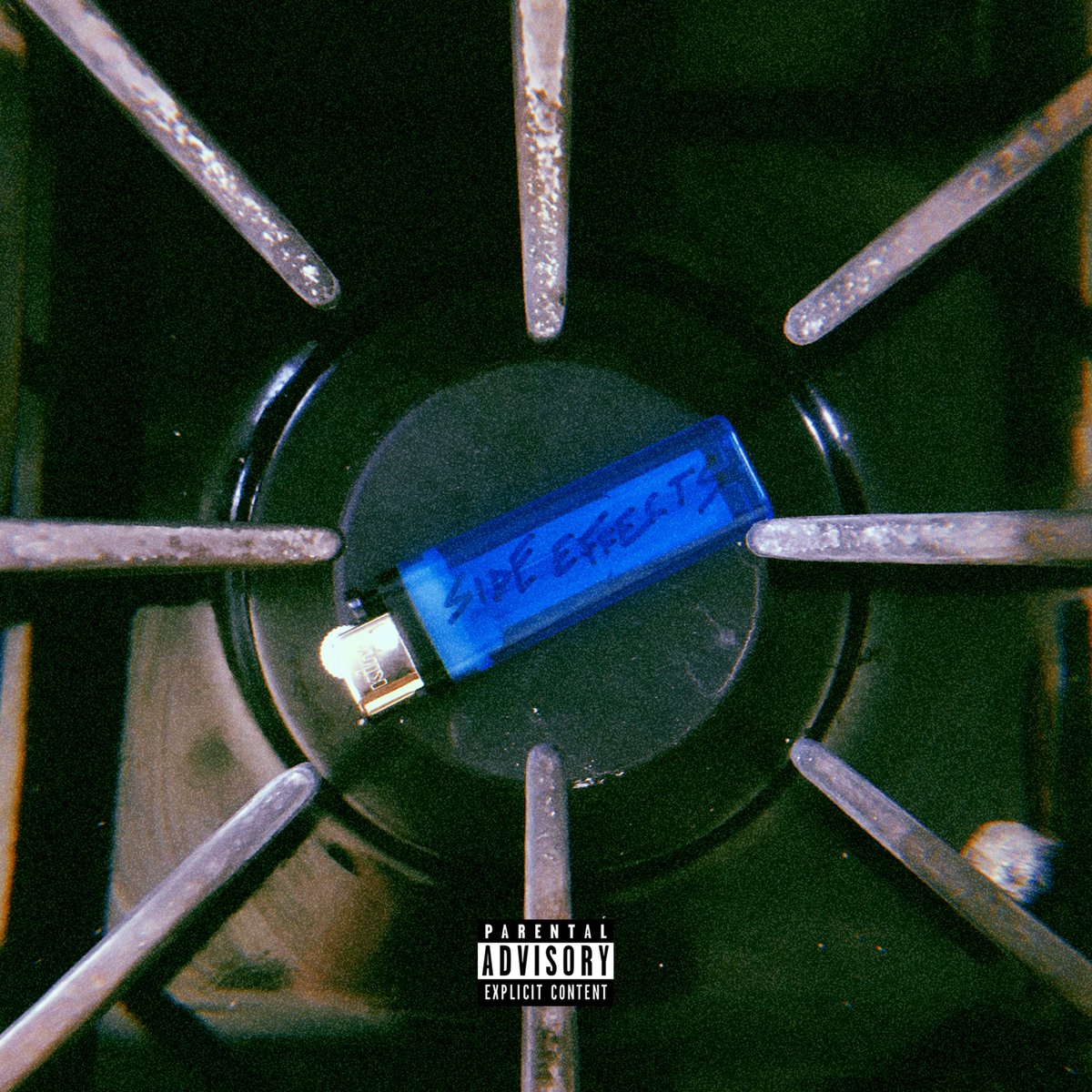